Four meters canvas portrays lovely Gypsy couple, Milan Markovic and Bojka Jocic, who cannot be simply characterized as street beggars, because they live on the charity of people of Zvornik and Mali Zvornik where they reside. Their characters are very peculiar, Milan strongly resembling Velasquez’s characters, and Bojka seems as if she was of Mongolian origin. Their portraits are painted on canvas – the couple roaming the streets carrying their bags, combined with Gypsy myths and costumes – a good fairy on a stick with Gypsy wheel which is believed to bring beams of light we all long for. There is also a rooster, so called “mustukalo” which, according to a Gypsy myth, lives in the woods and is a forest spirit.
Through this canvas, Zvornik was once again a distinguishable town, noting and pointing out not only the importance of human rights but also the position of Gypsies in the society and their everyday lives. 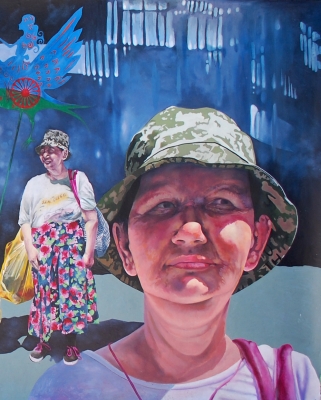 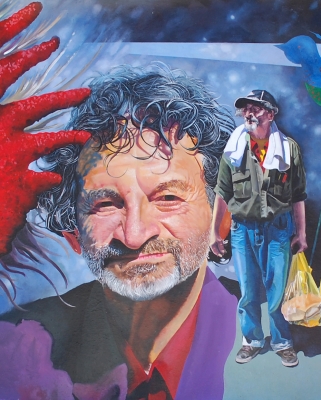 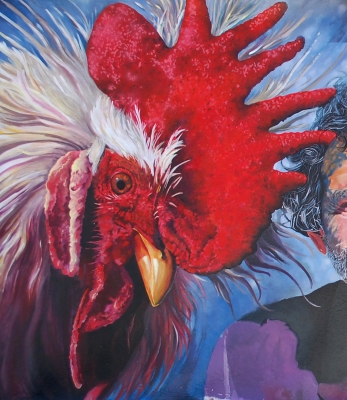 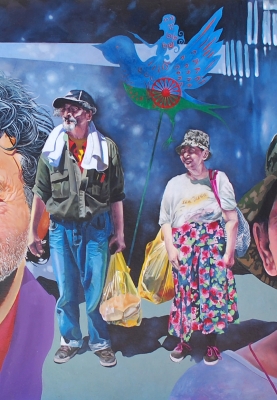